East Burnside and East Couch streets in Portland, Oregon, serve as busy arterials from the city’s east side to the Burnside Bridge, which feeds into downtown Portland. NNA Landscape Architecture assisted the Portland Bureau of Transportation in the development of a streetscape plan to convert 12 blocks of this major east-west connector into a couplet, or two one-way streets. During the engineering phase of the E Burnside/Couch Streetscape Plan, we worked with the city to fit stormwater curb extensions around existing mature street trees. At 13th Avenue, which is now closed to vehicular traffic, NNA designed a pocket park that incorporated repurposed concrete into a rain garden that collects and treats stormwater runoff.

The couplet has significantly improved traffic safety, and frequent signalized crossings have improved pedestrian conditions. The new traffic pattern and streetscape improvements have spurred significant economic development along this corridor. 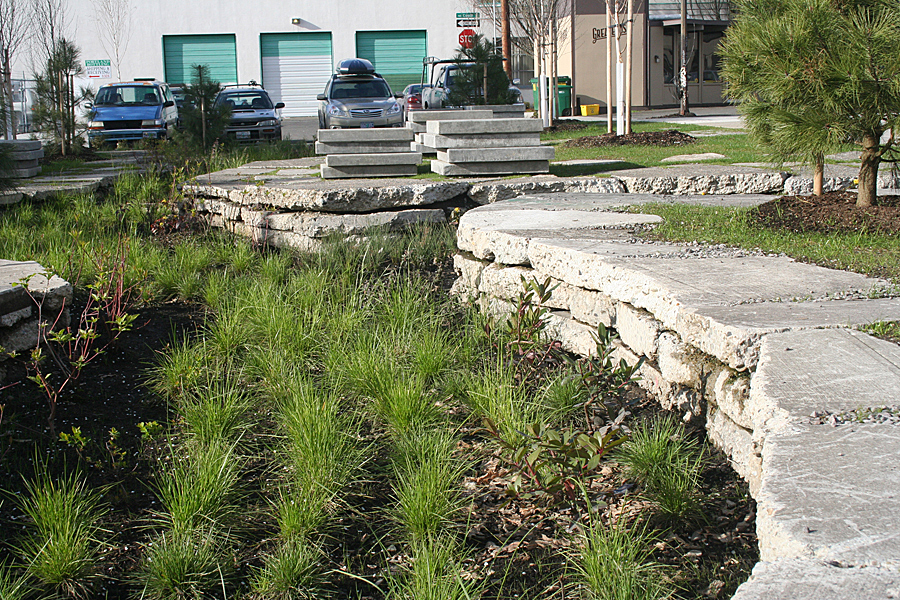 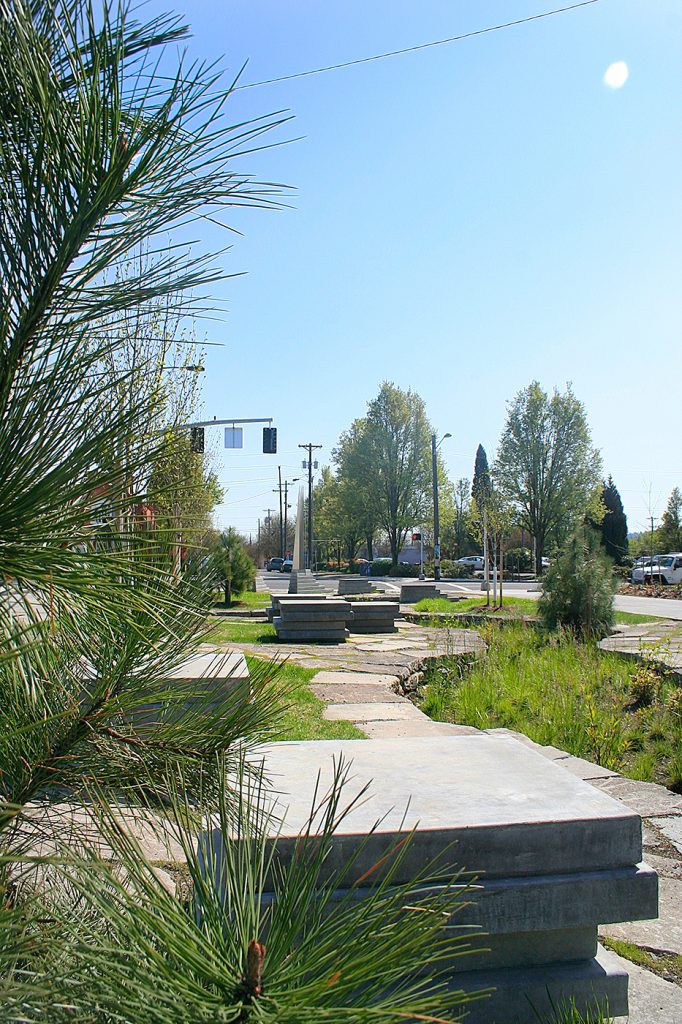 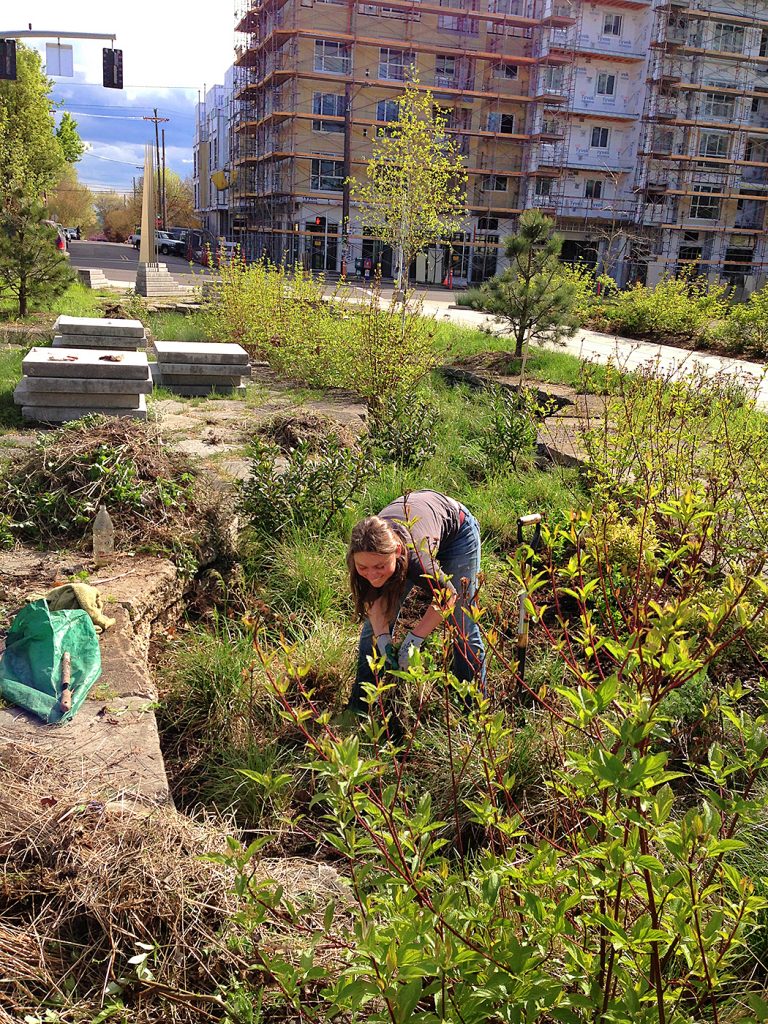 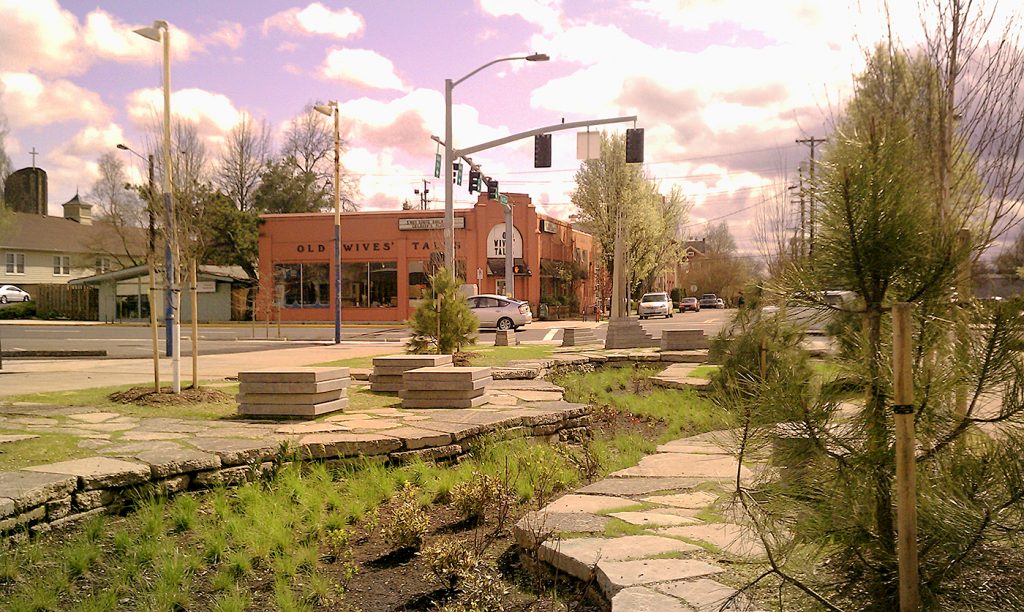